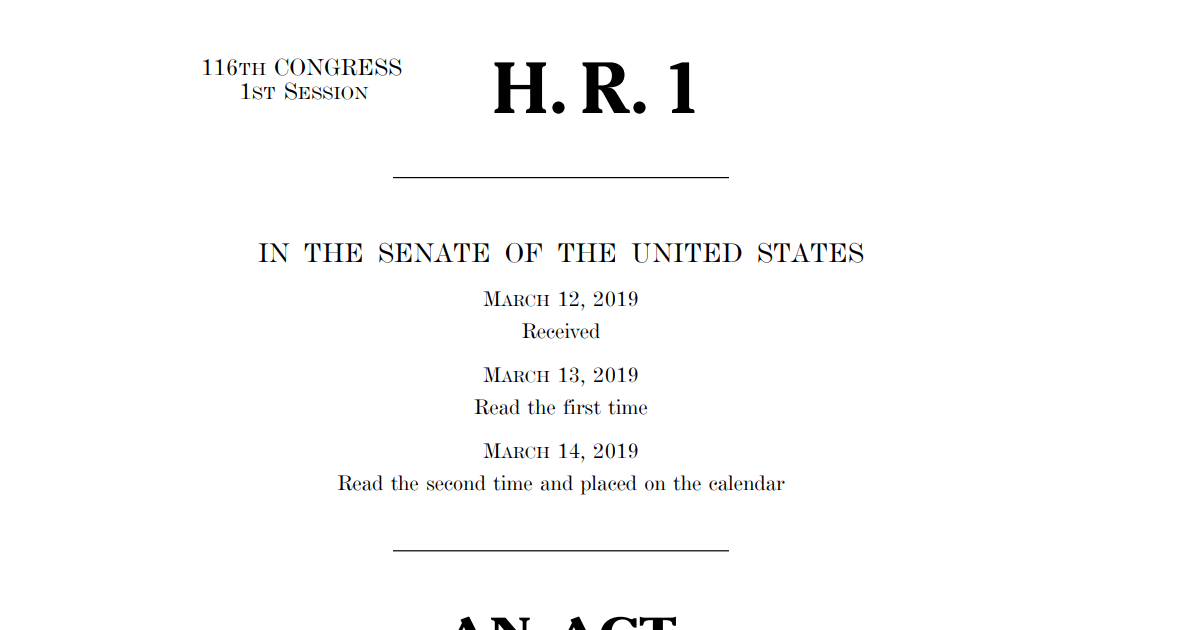 Any application for services, assistance, change of address, or enrollment in college courses will require automatic voter registration unless explicitly declined.

States also required to update computer systems to reflect changes. $500,000,000 in grants authorized for this requirement,

$25 million to encourage minors to vote, including modifying civics courses

We're not teaching kids civics anymore, just how to check the box

Criminalizing any person making false statements about an election.

If you make a meme about election day being on the wrong day, you're going to jail for 5 years and paying a $100,000 fine

Mandatory restoration of voting rights in federal elections for felons

$10 million for the Election Assistance Commission, with reduced contracting restrictions

Strategy to counter "disinformation", from foreign or domestic actors

Authorizing the government (in partnership with the intelligence community) to form a strategy to counter "disinformation", from foreign or domestic actors

Establishment of commission to "counter efforts against democratic institutions"

Expansion of FEC regulations to any paid internet or digital communication

Public disclosure of identities of any online political ad purchasers

Gotta know who to cancel.

The government needs to know how resistant to the Narrative you are.

Expanding disclaimer requirements to all forms of political advertisement

$10 million per state for the "My Voice Voucher Program"

States will give out $25 gift cards that potential voters can donate to any political candidate they choose. Taking money from the treasury to fund political campiagns.

The Small Dollar Democracy Program. Whatever small dollar donations a politician recieves will get a 600% match from the government (up to $50,000). More of politicians paying themselves to campaign.

Up to $500,000 in additional funding for Small Dollar Democracy participants for general election

Authorizing political candidates to use campaign funds for personal expenses

Political purge of the FEC commission